200420 Years to Barstow, The Slowest Train in the World

Possibly the last thing Tim listened to as I found this in his CD player that morning.

The final Train album. This was pretty much just Tim and Stove and happened right about the time we both were ending our marriages. It recycles several songs from other projects including Back (1994) which is a Dale/Tim/AWF song with tablas, Uxbridge Road All I can do is Wave my Arms (1983) and Excommunicate (1983).  This also contains the only song I ever composed for the band (Unfulfilled). 2004 was a shit year for us and is well reflected here. 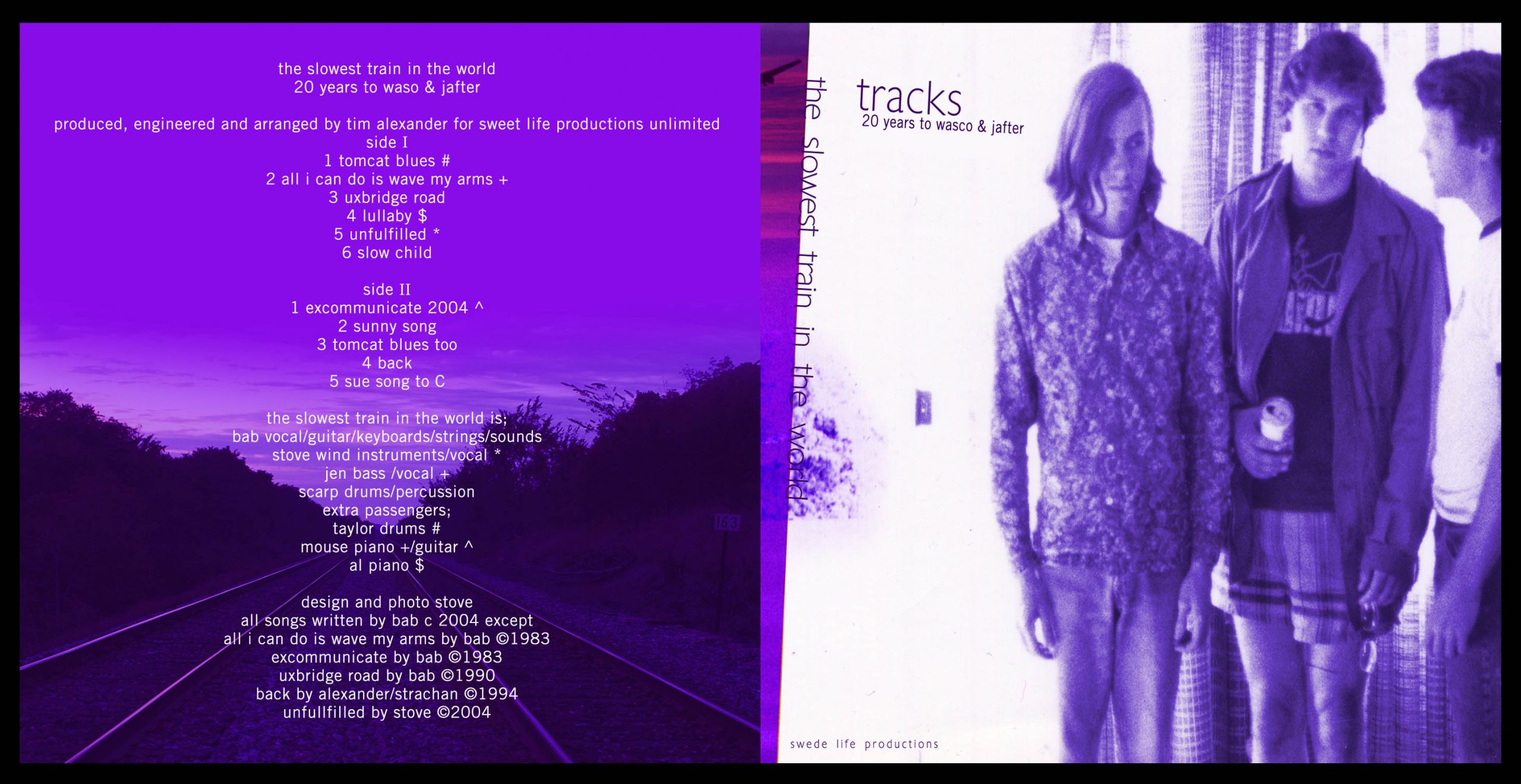